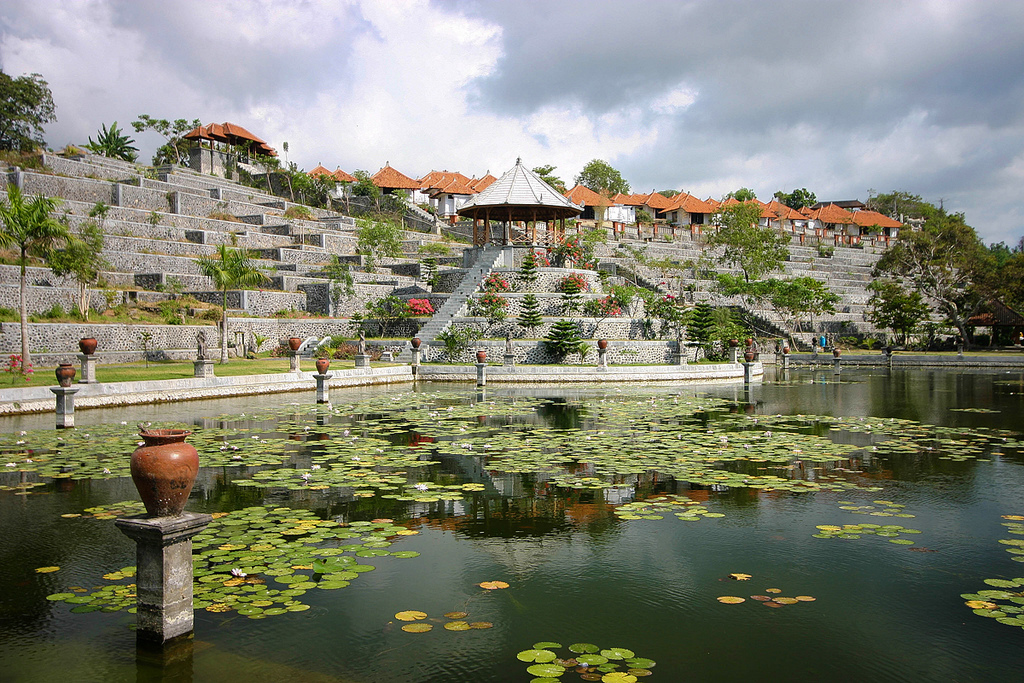 One of the legacies of the golden age of Karangasem kingdom is the Soekasada Ujung Water Palace, which was built in 1919 when I Gusti Bagus Jelantik (1909-1945) who later hold the title of Anak Agung Anglurah Ketut Karangasem governed the kingdom. The water palace was inaugurated in 1921. At first, it was built simply as a moat for punishing people accused of practicing black magic, called the moat of Dirah. When discovered that the place had a magnificent view and in addition the moat is fed by several springs, the king enlarged and decorated the place and later it was called the Soekasada Ujung Water Palace.

The Water Palace consists of seven important parts, namely: Balai Gili (small isle pavilion), Balai Kambang (floating pavilion), Balai Bundar (round building), Balai Kapal (ship building), Balai Lunjuk (ceremonial building), Kolam Air Mancur (fountain with moat) and Balai Warak (rhino building). The Balai Gili stands on “promontories” (“gili” means “small island”) in the middle of the moat, two bridges connected Balai Gili with the place for relax for the royal family. The Balai Gili or “Taman Gili” is also called the hanging garden by locals because it looks floating on the water surface. The Balai Kambang stands in the middle of another moat in the southern part of the Water Palace, connected with one bridge, serves as the place for meetings or for royal dining for the guests of the kingdom. From here the view to the distant Bukit Bibis looks very beautiful. 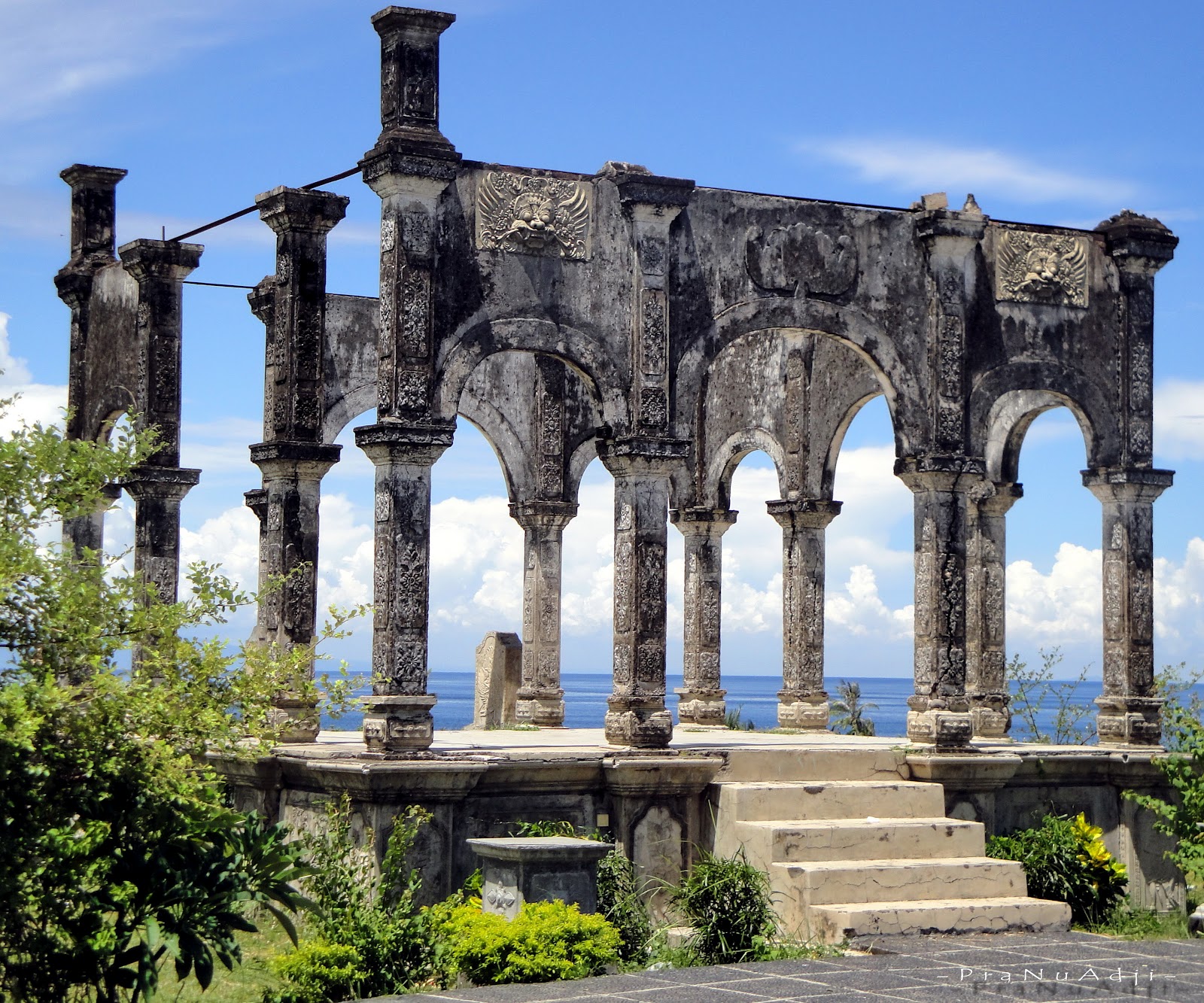 In the middle of the Water Palace stands the round building or Balai Bundar, made as a blend of Balinese and European styles. The colored glass that decorates the building reminds us to the decorations we used to see in European churches. Reliefs made from concretes that tell Mahabharata and Ramayana epic poems decorate the entire Water Palace. The Balai bundar serves as the place when the king wants to meditate. On western side on the main entrance gate of the Water Palace stands an old building called the ship building or Balai Kapal that serves as the place to monitor the ships passed in Lombok Strait. The view to the sea and to the mountains also looks beautiful from here. On the northern side of Balai Kapal, there is the Balai Lunjuk, located on a terrace connected by two stairs, from western side with seven steps, while from east side there are 97 steps. This is the place where Rajah used to give orders to the high officials. The place has a commanding view to the entire Water Palace.
The other two building, i.e. the Kolam Air Mancur (the fountain with moat) symbolizes the prosperity of the kingdom, while the Balai Warak, the rhino building, stands on a small hill at 300 meters to the north of the Balai Lunjuk. The Balai Warak has spiritual function, as the place for the nyegara gunung or cremation rituals held by the royal family. The Manikan temple here was built in the same time with the Water Palace. Inside of the temple there are two statues, rhino statue and bull statue from where flows the holy water. The water is fed by a holy spring still considered holy and the holy water is still frequently used in the rituals.

Ujung village is a small fishing village located near the Water Palace with distinct Hindu and Moslem quarters that symbolizes the harmony and tolerance among different religions in Bali, especially between Hindu and Moslems who for centuries live side by side here in harmony. The Moslems living here serve as fortress against foreign invasions.
The Soekasada Ujung Water Palace was destroyed firstly by Japanese Army who took out all the iron fences to be used for arm materials. The Mount Agung eruption in 1963 destroyed most of the building and the big earthquake of 1976 in Seririt, North Bali, made the place flat to the ground. Fortunately the local government with the financial help from World Bank restored the place from 2001 until 2003 so now the Water Palace regain its old splendor as in its golden age and it’s absolutely worth a visit now. So don’t miss to include the Water Palace in your itinerary while visiting Bali.